As China's rapid economic growth constitutes a strong support for oil demand and seasonal oil demand characteristics have a certain impact on oil demand growth, it is estimated that domestic oil demand will increase by about 5% in the next two months.

Although the economic performance of the United States is not good, Japanâ€™s economic growth is not as expected, but the European economy has once again exerted its strength. The US economy grew by 1.3% in the first quarter, which was lower than the expected 1.8% and 2.5% in the fourth quarter of last year. The Japanese economy also grew less than expected in the first quarter. However, the Eurozone economy grew by 3.1% in the first quarter, which was higher than the expected 3.0%. Although other countriesâ€™ economies have also performed poorly, the economic aggregates with better-than-expected growth rates have exceeded the total economic growth rate with lower-than-expected growth rates. The world economy as a whole still shows a relatively good growth trend. The world economy will still grow faster in the later period. The European Commission recently raised the forecast for economic growth across Europe. The committee said that in 2007 the euro zone will achieve growth of 2.6%, which is 0.2% higher than the previous forecast; the growth rate of the 27 EU countries will also be 0.2% higher than previously expected, and is expected to increase by 2.9%. Although the economic growth in Japan in the first quarter was lower than expected, the annual growth rate was also 2.4%, which led to the growth in the ninth consecutive quarter. The growth of the US economy in the second half of the year is expected to accelerate. U.S. Treasury Deputy Minister Kim Mitte said recently: â€œThe U.S. economy is transitioning to a path of sustainable growth.â€ Greenspan, the former chairman of the U.S. Federal Reserve Board, predicted that the U.S. economy will not experience a three-fold decline. two.

Since the beginning of this year, China's economy has continued to grow rapidly. Following the unexpected increase of 11.1% in the first quarter, Chinaâ€™s economy continued to maintain its rapid growth momentum in April. The data recently released by the National Bureau of Statistics shows that from January to April, investment in urban fixed assets was 2,229.4 billion yuan, up 25.5% from the same period of last year, and its growth rate was up from the first quarter. In April, the added value of industrial enterprises above designated size continued to grow by 17.4% year-on-year; total retail sales of consumer goods reached 667.3 billion yuan, a year-on-year increase of 15.5%. The Chinese government is taking measures to control the excessive growth of the economy. For example, the central bank recently raised the reserve requirement ratio and interest rate of the renminbi again. It is expected that it will continue to maintain steady and rapid growth in the later period.

SDDF QE series pressure filters are designed in accordance with international regulation, which consist of a Filter Housing with a screw on cover plate.

-mounting holes in the filter head

-two-piece bowl for size 660 and above

-drain plug with pressure relief(size 330 and above) 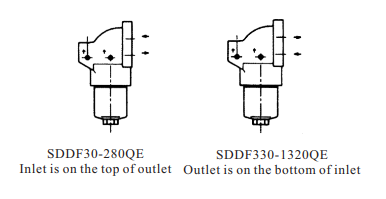 Shengda is sure that our filters are of reliable performance so that they can protect hydraulic parts from polluting and machines from abrasion.

Filter elements are available with the following pressure stability values 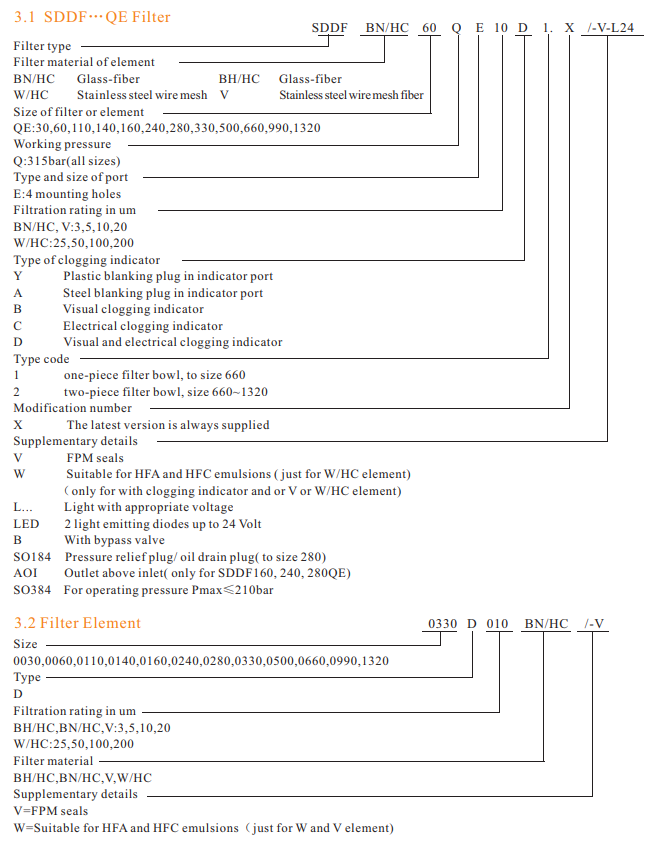 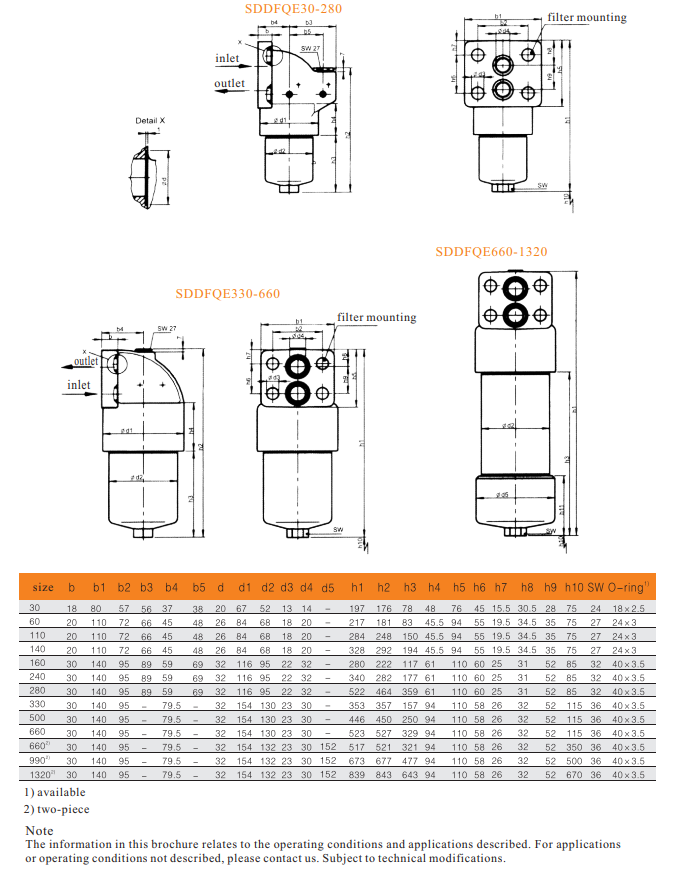