CNC technology is undoubtedly the most important technical basis in modern advanced manufacturing technology. In a sense, the level of numerical control technology has become one of the important indicators to measure the manufacturing level of a country. Due to technical monopoly and exclusive market, the CNC systems produced by various manufacturers are mostly closed in the architecture, that is, the hardware modules and software modules that make up the system are dedicated and incompatible, and the interaction modes between the modules of the system. The communication mechanisms are also different, which results in the relative independence of the control systems of different manufacturers. The software and hardware developed by different CNC manufacturers can not replace each other, lack of compatibility, hinder the upgrading of CNC system, resulting in huge waste of manpower, material resources and financial resources, and also reduce the ability of CNC machine tool producers to respond quickly to the market and users. .

The reconfigurable CNC system proposed in this paper consists of a PC and some control cards installed on the PC bus. The system controls the external devices such as servo drives through their respective control cards. PC is a standard reconfigurable system with inherent hardware CPU, BIOS, memory, soft hard drive, serial/parallel port and interrupt, timing, display, keyboard control devices, etc. through device driver installation and hardware insertion The card method is easily reconfigurable. PC bus such as: PCI / ISA bus has a unified standard, and the control card produced by each manufacturer meets the unified standard of the bus. Users can use the open bus of the PC to turn the CNC's different control card or I/O board. When plugged into a PC, it is only necessary to compile the corresponding hardware device driver to achieve its function without modifying the upper layer application software. That is to say, the user can shield the difference between different hardware devices in the CNC system through the device driver, so that the development of the CNC system control software is independent of the hardware device, so that the original equipment manufacturer (OEM) or the end user will not have to be subject to the CNC manufacturer. Provide hardware constraints.

COM allows applications to share data and program code while running on end-user computers. COM is a specification that must be followed when writing applications that can be used by other applications. The specification details how the compiler outputs the executable file of the application to communicate, how the operating system supports the details of the communication, to allow COM to be language-independent or even platform-independent, so that COM applications written in VB can be easily Work with applications written in ava or C++. COM is also an object model with components as the publishing unit. This model allows software components to interact in a uniform way. COM provides both a specification for interaction between components and an environment for implementing interactions, because the specification of interaction between component objects does not depend on any particular language, so it is a standard for collaborative development of different languages. COM has shown great adaptability, so in the past two years, with the development of the network, COM has been given the opportunity to show. After several years of software development, COM has become the de facto model standard for componentized software.

At present, although the numerical control system from the system design method to the system implementation method, the basic principle of the difference and the composition of the software are similar. On the basis of careful and comprehensive analysis of the existing CNC system and user requirements, at the same time, summarizing the common features of the existing system control structure, and based on appropriate classification and abstraction; I divide the CNC system For the following basic functional modules.

Human-Computer Interface Module This module is mainly used to modify and set system parameters before and during system operation, such as setting the editing parameters of the menu management and file management.

Compilation and decoding module: The module mainly performs grammar and semantic checking and decoding on the part program written by the user according to the grammar rules of the input NC machining program; separately extracts and extracts various processing information given in the numerical control source code. Become various states and data. The result of the processing is stored in the buffer waiting for calls from other modules.

Tool Compensation Pre-Processing Module This module is mainly used for pre-interpolation preparation, that is, static compensation of tool length or radius for the compiled and decoded part machining information to determine the movement path of the tool center after tool compensation.

The axis servo control module controls the machine tool actuator to move according to the path and speed specified by the NC command through the fine interpolation in the premise of the information obtained by the I/O and the interpolation operation.

Reconfigurable CNC System Software Module Structure 23 The working process of the CNC system software module describes the workflow of the general CNC system components. It can be seen from the figure that each CNC component must be transformed into basic functions such as CNC component registration, component object creation, interface pointer reference, and component object unloading.

Numerical control component work flow chart (3) Pointer reference In the DllGetClassObectO function, the interface pointer of the component object can be obtained by calling the QuryInterface member function and the interface pointer is saved in the parameter "(4) Component unloading: When the component program satisfies the following two conditions: The number of objects in the class is 0, and the lock counter of the class factory is 0. The component can be uninstalled.

3 total bundle language Because the PC PCI/ISA bus has a unified standard, and the control cards produced by various manufacturers meet the unified standard of the bus, the reconfigurable numerical control system proposed in this paper can pass the PCI/ISA standard bus of the PC. And the device driver of the control card realizes the portability of the system across the hardware platform. By rationally modularizing the software structure of the CNC system and standardizing the definition of the NC component module library, it has laid a good foundation for the subsequent system development. The COM specification can be used to construct a reconfigurable CNC system. Software reuse issues with good sustainable development performance. According to the above method, the reconfigurable software and hardware modules of the numerical control system can be initially realized. It can solve the problem that the reliability of the numerical control system hardware which is plagued by China for a long time is poor and the development level of the dedicated controller is low. The development and manufacture of CNC systems has become the main focus of research and development of software technology, supplemented by the development and manufacture of a small number of control cards. The main hardware devices use general-purpose PCs. In this way, we can give play to China's intellectual advantage and effectively improve the technical level and market competitiveness of China's CNC system.

Aluminum Die Casting Electrical Tool Parts are a metal forming process in which molten aluminum metal is put under pressure and injected into a die. Aluminum weighs 1/3 of a comparable steel part. The Aluminum Parts would cost less to ship due to the weight and spend less expense than other manufacturing processes. 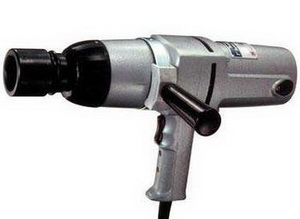 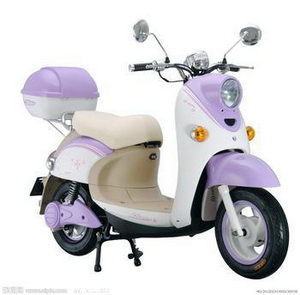 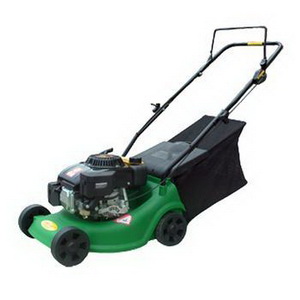